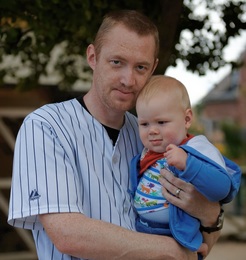 I was born near Hull in 1979, moving to Wales (near Pennant Melangell) at the age of 12. I studied Natural Sciences and Theology at Cambridge and a PhD in Eco-feminism at Cardiff.

I have worked worked as a carer for adults with learning difficulties and as Lay Chaplain to St Asaph Cathedral before going to Theological College.

I was ordained in 2006 and have worked as a priest in Newtown, Wrexham and Northop and  ran a theology degree course for the Church in Wales.  I am currently staying home to look after the children.

I first got into photography in my late teens, and in University had a chemical darkroom in the bathroom and learnt a lot from the lovely people at Cambridge Camera Club and later at Oswestry Photographic Society.  Life and work then intervened and photography was squeezed out and neglected for 10 years or so.  I came back to it, beginning just with holiday snaps, on buying my first digital camera in 2008. In 2011 I started to take it seriously again as a hobby (still largely travel shots on holiday, but also seeking out other chances to take pictures of events or for people) and joined the excellent Mold Camera Club in 2014. This got me started with entering BPE and FIAP Salons and chasing distinctions as a way to drive myself to improve and not settle for 'good enough'. I was awarded my LRPS in June 2015 and around the same time won my first exhibition awards and medals, and my first British Photographic Exhibitions Crown Award in Nov 2015 with the second following in Spring of 2016 and third in 2017. I gained my 2nd GPU Crown in Dec 2015, my CPAGB in April 2016, AFIAP in June 2016, EFIAP in 201, DPAGB in 2018 and EFIAP/b in 2019 .

I process in Lightroom, Photoshop, Photoplus X8 and use Topaz plugins.

Images have appeared in the national, local and overseas press, been featured in Amateur Photographer magazine, appeared in the RPS Journal and other publications and have also appeared in material published for the Church in Wales, in commercial advertising literature, and online for voluntary/community organisations, particularly choirs and drama groups.

I am happy to shoot events, weddings etc or license images for commercial use and to give talks to camera clubs and community groups and to judge photographic competitions.
​
Contact me on 07886 117922 or atwlphotography@gmail.com  to discuss.

All images on this site are copyright R J Hainsworth.